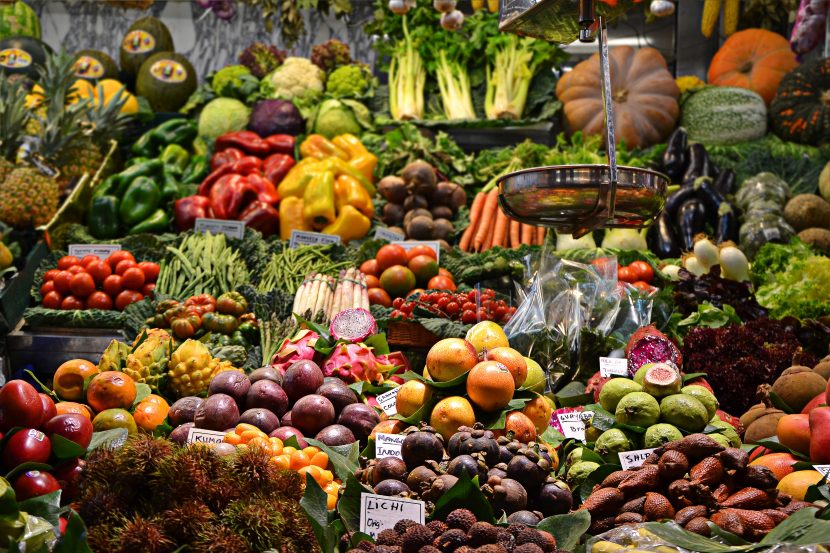 When I tell people that I eat a plant based diet, you won’t believe how many non-vegans stare at me with an open mouth and ask me in an incomprehensible way what else than plain salads, apples and bananas there is for me to eat.

There for sure are vegans who just stop consuming meat, dairy and eggs and only eat the stuff that is left to choose from in a “normal” diet – and for sure that is very single-sided and even unhealthy! However those are rare occasions that somebody chooses to eat such a plain and unbalanced diet.

If you are profoundly convinced by the reasons to adapt to a vegan lifestyle you will soon get the knock.

Generally your food options as a vegan can be split into two groups:

Vegan meat substitutes are available from already fully prepared foods – like vegan chicken nuggets, vegan ham, vegan sausage, vegan burger and even vegan bacon – to ready to be prepared products, like tofu and seitan, which can taste and look like anything you would like them to.

People are often times very confused when they see vegans biting in a piece of cheesecake or donut, enjoying some chocolate mousse, a cheese pizza or licking their ice-cream, and be like: “But wait.. Aren’t you vegan?” Little do they know that there is a vegan option for literally everything!

Scrambled eggs anyone? – totally vegan off course. Milk, cream, mayo, cheese, butter, yoghurt – nothing you have to give up.

On top of all the vegan substitutes you can choose from, you still are able to eat a lot of those things you used to eat (noodles, bread, tortillas…). Simply read the ingredients or ask for them if you eat out.

Even though a vegan diet consists of only plant based foods all those things listed above, obviously aren’t 100% natural – there is no such thing as a vegan chicken nugget tree 🙂

It certainly is better to choose such substitutes over meat, dairy and eggs, yet your diet should contain those “completely natural” foods:

It is advised to mainly eat fruits, vegetables and leafy greens. If you picture a food pyramid, the next step would be whole grains topped by legumes, which means beans, lentils, peas and seeds. On the very top remain fats and oils.

A few weeks after I had turned vegan, I didn’t even want and needed those vegan substitutes anymore. I now am completely satisfied with a big fruit smoothie, cooked or baked vegetables and homemade vegan desserts once in a while. – Taste it for yourself 🙂

One thing is for sure: A vegan diet is everything but single-sided. I honestly find it even more diversified than a diet containing animal products. There are so many plant based foods I’ve never even heard of before, which make it possible to create a huuuge variety of dishes, desserts, sides or sweets; no matter if hot, cold, dried or frozen.

It has never been easier to adapt to a vegan diet than now – but if you need more reasons why to ditch animal products in first place check out my previous posts why vegan – for the animals, for your health, for the environment & our planet and for other people’s well being. 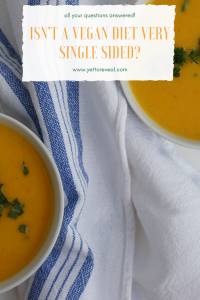