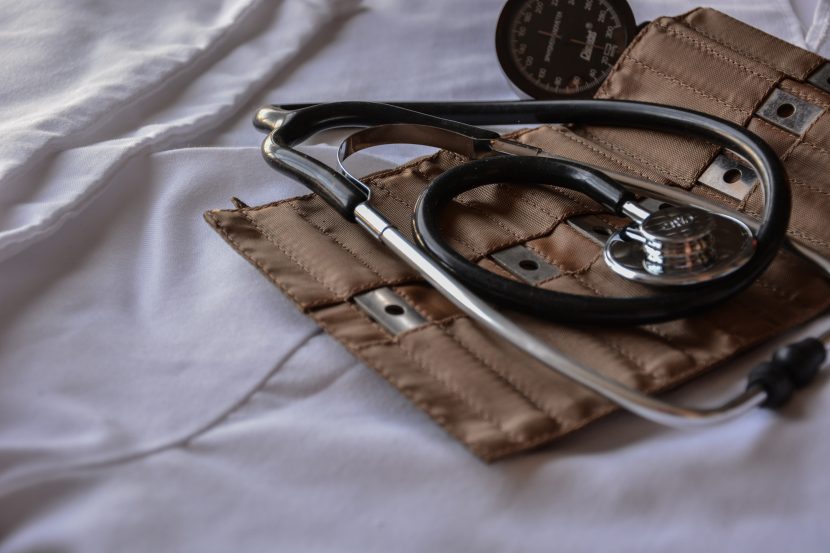 The health issue is a huge reason for people to ditch all animal products. Our whole lives we get told that animal products are necessary and healthy for our body. Someone actually told me that teenagers and young adults (people under 25) who stop consuming animal products harm their bodies. There are countless of those claims out there, and they all have one thing in common: they are all just stories somebody told and taught us. For someone in China it is totally normal to eat a dog whereas a US citizen couldn’t imagine eating what their culture considers a pet. It really matters in which part of the world we grew up and what the culture surrounding us eats and thinks of food.

68% of all diseases in the US are diet related according to the US Surgeon General report. If you don’t change your diet you might become part of the statistic.

Diseases such as heart disease, cancer, diabetes or obesity are most common in countries that consume animal products. The World Health Organization states that alongside cigarettes the major cause of cancer is processed meat.

The amount of people struggling with weight or even being obese is enormous; and still raising. Vegans are on average 20 pounds lighter than meat eaters.

Animal products are also the top source of food poisoning in the US. Ask yourself a question: Do the animals that come from factory farming look healthy? No, they definitely don’t, so why would you want to put dead, unhygienic and unhealthy flesh into your body?

The 4 main factors found in meat, fish, milk, cheese and eggs are cholesterol, saturated fats, trans fatty acids and animal proteins (read the paragraph about proteins further below to figure out why animal proteins aren’t as good for you as you might have thought).

Cholesterol and saturated animal fat clog the arteries to the heart – and I’m sure you know the consequences that follow from that: heart attack, stroke or even death.

It is no longer a secret that there are antibiotics in every bite of meat one takes. But I think it is even scarier to think what else one consumes by eating meat. During the animal’s last minutes and frequently even hours, they feel nothing but fear, stress and deadly terror which very well get stored in their bodies. When eating meat you ingest those terrible feelings besides the antibiotics and pesticides.

The most commonly answer to the question: “Why do we need to consume meat?” is protein. However not many people know that a human woman only needs to consume 40g (man 50g) per day which is easily met. The McDonalds hamburger royal cheese for example contains 32g – and this is only one meal.

If we take a look at the largest and strongest land animals on this planet we soon notice that they all live on a plant based diet and also live the longest. Someone once said: think of your body as a machine. You have to put proper fuel in it for it to work properly. So if someone puts diesel in a car that runs on gasoline people shout out and ask what is wrong with him. But when people put hamburgers in their mouths nobody asks them what the heck they are doing.

For the human body it is actually way to lavish and complicated to convert usable and full-valuable proteins from dead flesh.

A human living can get all its vitamins (except vitamin B12), calcium, iron, omega 3, protein, amino acids from nuts & seeds, legumes, whole grains, vegetables and fruits.

Another in horror asked question besides “But where do you get your protein from?” vegans get asked frequently is: “We are meant to be meat eaters and have done it ever since. Why should I give it up now?”

Besides the belief that vegans don’t get enough proteins a lot of people claim to continue eating meat because “we are meant to be meat eaters.”

Well, actually we are not meant to be meat eaters. Human bodies don’t have the ph-balance and enzymes to break down the animal products properly, which leads to clogged arteries. Heart disease, heart attack, stroke, diabetes, high blood pressure, high cholesterol and obesity might be the results.

But among real meat eaters there are no such things. Or have you ever heard of a tiger dying in wildness from high blood pressure?

Taking a look at our body’s physic it makes it clear pretty soon that humans aren’t meant to be meat eaters. Whereas dead flesh (= meat) moves pretty quick through the digestive tract of a meat eating animal and gets excreted not long after, all animal products are a lot longer inside our bodies due to the relatively long human intestine. This leads up to decomposition and carcinogenic substances.

The most known statement made by the dairy industry is taught to every child and repeated many, many times: We need to drink cow’s milk for strong bones because of the calcium in the milk. But health researches found out that this is actually not the case at all. Countries with the highest consumption of milk are the US, England, Sweden and Finland. Countries with the highest rate of weak bones – also known as osteoporosis – are the same: the US, England, Sweden and Finland.

Now somebody could say this is just a really strange coincident. But actually all animal products and animal protein contain amino acids which are high in sulphur. Because of those amino acids the body becomes acidic whereas it is meant to be alkaline. To neutralize the acidity, the body starts releasing calcium from the bones. From this it follows that the more milk you drink, or animal proteins you eat, the weaker your bones actually become.

To keep going, if we think about it; we are the only species on this planet that take the milk from another animal and keep drinking their milk even after infancy – despite this product is produced for their babies. It would be more natural for a human adult to still drink breast milk from their mother instead of cow’s milk.

Now I got a few rhetoric questions for you. I don’t want to attack you – just a few things we usually push to the back of our minds in everyday life.

Imagine you’d go to the supermarket and suddenly you could buy dog, giraffe or elephant milk. Would you buy it? I am pretty sure you wouldn’t; we all think it’s gross. But why would you think the milk from one animal is disgusting whereas you buy the milk of another one?

Also why would you put a product meant for calf to grow as fast as possible into a 2000 pound (~900kg) animal into a human’s (baby) body?

If cow’s milk is biological meant for a calf, then why would it be necessary for humans to drink?

A glass of milk could almost be described as a drug-cocktail. In one of the latest studies published in Journal of Agricultural and Food Chemistry scientists’ state that one single glass of milk can contain up to 20 different types of antibiotics, antilipemics, beta blockers, painkiller and hormones.

Another study revealed that milk contains numerous pesticides, viruses and germs, and a 200 times larger quantity of blood, pus and excrements than authorized.

When I ask people why they don’t switch to a plant based diet they often response that they just couldn’t miss out on the cheese – and it makes total sense. The reason for this addiction is casomorphin. Casein is one of the milk proteins which turn into casomorphin during digestion. For calves this is very useful; it makes them stay close to their mother and come back for more milk during infancy. The desire for wanting more dairy is the same for humans.

Do you know how the egg on the shelf of a supermarket came there? Hens – just like women – have ovaries which send out a yolk. On its way it forms the egg white. The hen shell is formed around, and voila the egg as we know it pops out.

So it is neither an embryo nor a chicken; it is an unfertilized egg which actually could be described as a hen’s period.

With eggs it is the same thing as with dairy (just as described above): they are loaded with artery-clogging cholesterol and saturated fat. More than the half of an egg is pure fat. All of this together can lead to harm the human’s heart.

A lot of people – especially men – worry they would lose muscles or are unable to build up new ones. However it is still possible to gain muscle mass on a plant based diet; just remember the gorilla. If this is a little too abstract to compare yourself to a gorilla, just look up “strongest man alive vegan” or “Patrick Baboumian”, “Barny Du Plessis”, “Mr. Universum 2014” or “Brendan Brazier”.

By changing to a vegan diet your body and your health will thank you later.

A vegan diet helps reduce the risk of heart disease, cancer, obesity and diabetes, (if you need more proof watch the movie “Forks Over Knives

It increases the energy level and makes the skin look younger.

Plant based foods are low in saturated fat but high in fibre and lower the risk of obesity, heart disease, diabetes and cancer.

You won’t put any unnecessary and unhealthy things, like antibiotics, hormones, bacteria, dead and decomposing flesh…, in your body.

You won’t acidify your body with all the acid animal proteins.

You will feel more alive. When you stop putting dead flesh into your body but instead fuel it with fresh fruits, vegetables, legumes, nuts and seeds there is no other logical way than being more energized.

Humans have no biological need to consume meat, eggs and dairy. But for those who definitely can’t miss out on any animal products please choose the vegan option – for the animals, your health and the planet. Nowadays it is easier than ever to go vegan. The next time you are buying groceries look out for those plant based products – I promise they are everywhere 😉

72 thoughts on “Why vegan – for your health”