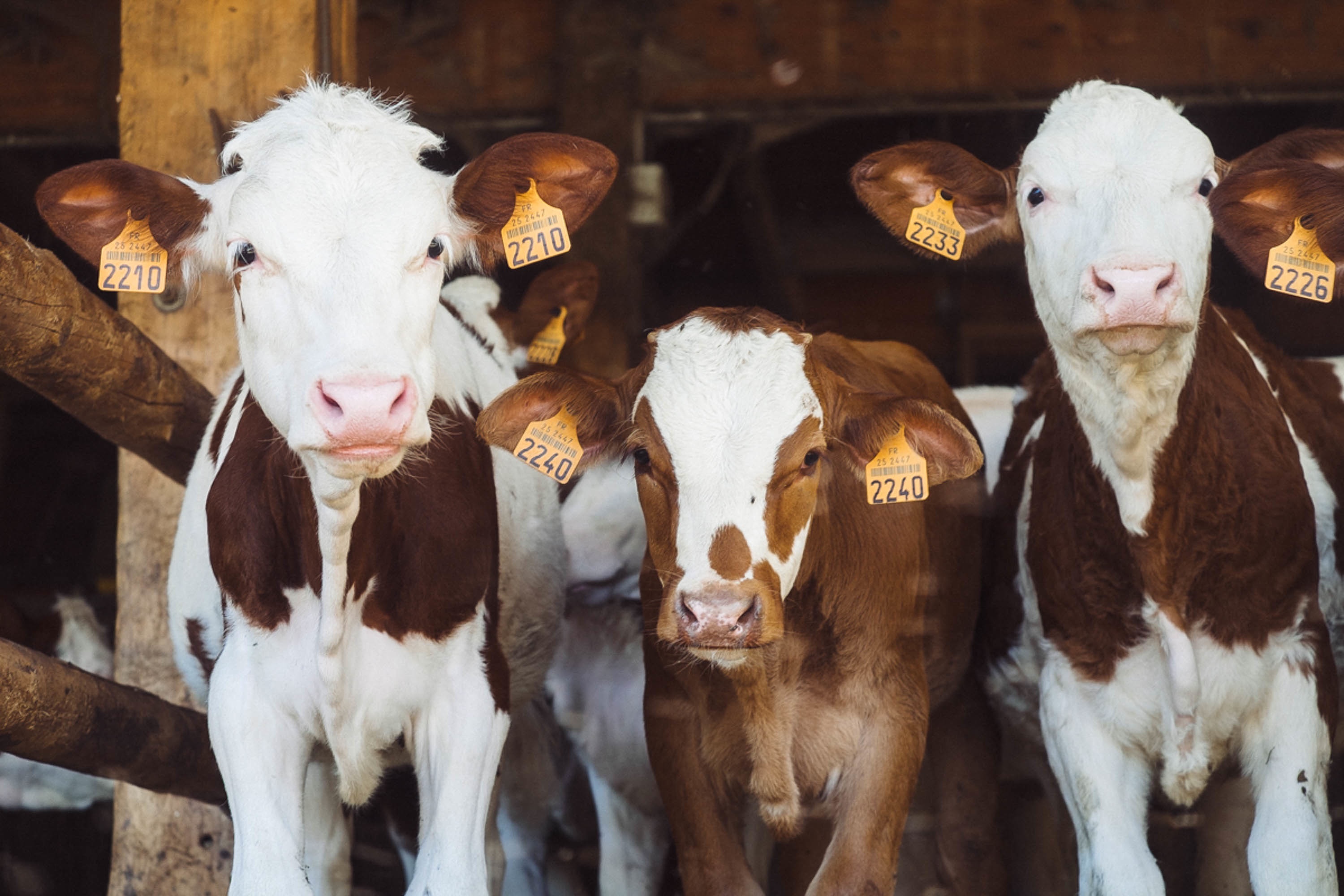 According to an APPA survey the estimated number of pet dogs and cats living in US households is 163.6 million, which means a lot of people actually do like animals. However, more than 56 billion animals are killed every year for flesh, dairy and eggs. The animals used for food are just as intelligent and able to suffer as those who share our homes.

Dogs, cats, cows – what is the difference? Why do we love one and kill the other one? With one we share our home, sometimes even the bed and cry over their deaths; yet we stick forks and knives into the bodies of other animals and wear their skin as clothing.

When we consume animal products we think of it as a product we bought at the grocery store, but really we consume someone – the bodies or products of individuals – who also desire to live, and want to be free of pain and suffering. People buying those products are supporting this cruelty.

Here are some shocking facts from videos like “Earthlings” and “best speech ever”:

300 times every second, more than 10,000 times a minute and 10 billion times a year, just in the US, life is literally drained from so called food animals. The lives of 18 billion marine animals aren’t even included.

More than 6 million animals are killed for food every hour.

The average American consumes 209 pounds of meat per year.

There are no special transport vehicles or slaughter methods for “humanely-raised” animals. The process is the same as conventional animals – and all living creatures fear death, no matter which life they have lived.

In slaughter houses the animals die piece by piece often fully conscious – whether factory-farmed or free-ranged.

Veganism may sound too crazy or waaay out; but it is easier than it seems. Always remember: Vegetarianism means you are still eating animal products and therefore supporting animal cruelty and the death of countless innocent animals.

All animals – from a dog to a chicken to a cow – have feelings such as fear, happiness, pleasure or pain. They show signs like jumping, playing, wagging their tail or else wide open eyes, screaming…

It is been said that if we had to kill our own meat, we would mainly be at least vegetarians.

Deep down everyone knows that meat is the flesh of an animal and not some magical, chemical produced product no creature had to suffer for, yet so many continue eating it.

The only reason people actually desire meat is because we got forced-fed it from young age. At some point we disconnected it where it comes from. There was no new-born ever who tried eating a baby chicken; but later, when we are actually old enough to make the connection, we cook it up in oil put on some spices and herbs, and suppress the thought where it comes from.

In 1940 the average per-cow milk production was 2 tons per year whereas till 2013 it rose up to 10 tons per dairy cow. Because of this extreme milk production, after 5-6 years it begins to decline; and the cow gets transported to the slaughterhouse. Whereas the normal life span of a cow is 20 years.

Have you ever asked yourself why a cow gives milk? She produces milk during pregnancy to be able to feed her calf once born – just like human mothers do. But time is precious for the dairy industry so the cow gets an artificial insemination – this is a business and not in welfare for the animals and matches the definition of rape.

Immediately after birth all calves are taken away from their mothers – while crying for their moms – because we humans want the milk, whereas it was actually meant for them. The female baby cows will be raised to become dairy cows themselves. The male calves however will be sold at auctions, raised for the slaughterhouse or killed immediately. 90% of the hamburger meat in America comes from the dairy industry.

The life of a dairy cow is a constant cycle of impregnation, birth and milking.

Because the birds are caged in so tightly they are picking each other. For this to reduce the farmers remove 1/3 to ½ of the beak from egg-laying hens, breeding chickens, turkeys and ducks. They are fully conscious and suffer severe pain for weeks.

Chickens are bred to grow unnaturally large which is why many of them suffer leg deformities and can’t walk.

Similar to the dairy industry, males don’t serve any purpose. However in the egg industry all males are thrown out and killed immediately – as food for other animals, gassed to death or thrown into macerating machines.

The natural life span of hens is somewhere between 7-14 years. For factory-farming hens, the egg production decreases after 1 to 2 years because of the extreme exploitation of their bodies, and they get killed.

Every vegan saves more than 100 animals per year. You don’t need to kill animals to survive – so why would you?

A lot of people argue that they stopped supporting factory-farming by buying now from the local farmer. But even when an animal was treated better, is it really necessary to end someone’s life just for a taste?

18 thoughts on “Why vegan – for the animals”