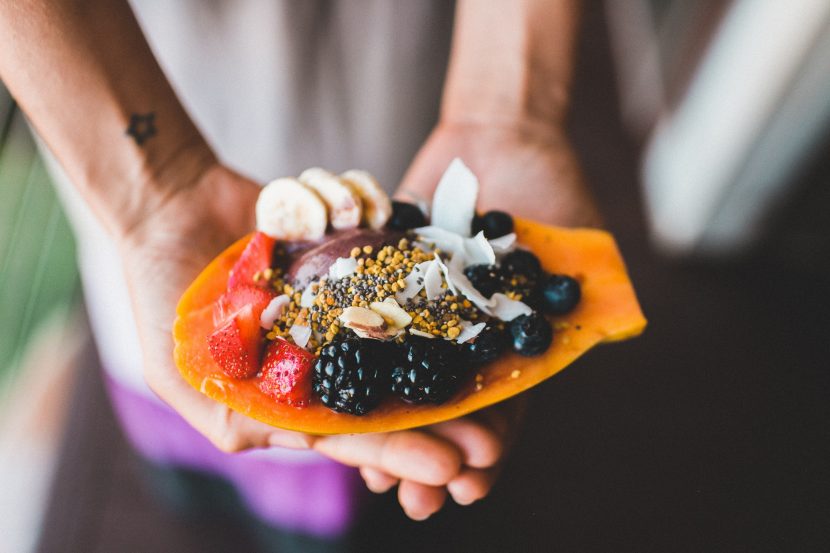 Often times people say veganism is too extreme; they had to change their whole diet. And if you grew up eating dairy, eggs and even meat, a vegan diet surely is a switch in your habits. But an extreme is a matter of opinion.

Probably everyone who spent some time digging deeper and looking at what really is going on would describe the “normal”, dominant animal product diet as extreme. So much suffering, pain and terrible consequences come with it.

Isn’t it extreme to literally pay money so somebody kills an innocent animal who was treated the worst way its whole life just for a taste.

When did it become normal to torture animals in such terrible ways, use their products and in the end even their bodies?

When did humans start to find it extreme to not only harm other living creatures but also their own health by what they chose to eat?

When did it become extreme to eat what our planet provides?

When did giant farms which need massive amounts of land, packed with animals just raised for food became regular.

If we got raised only eating plant based – all kinds of fruits, vegetables, legumes, grains, sprouts… we would call the diet, so many people now call normal, extreme and crazy. Cultures dogs and cats are consumed in, are called extreme by those who got raised to not eat those animals.

“I don’t believe in extremism of any kind. I believe in the middle way, some animal products and some plants.” – an argument stated by many non-vegans trying to justify their choice of diet. (First of all nobody has to justify anything. We are all grown ups and have the freedom and responsibility to make our own choices, our food choices included. We just should be aware of what we cause and evolve with our choices.)

Secondly, variety is always good. But one can also have a variety eating a plant based diet. It still is often misunderstood and evokes the idea of scarification. I personally have never eaten more diversified than on a vegan diet.

Once you make a shift in your mindset and look at veganism not from above, thinking vegans are all extremists and crazy, weird people but instead look behind the curtains suddenly it is everything but extreme.

If any questions about this lifestyle come up or you need help with anything, please do not hesitate to contact me!